Central Florida soccer fans can chalk up another milestone this year as the U.S. Women’s National Team returns to the Orlando Citrus Bowl for the first time since 2013 as part of the 10-match Victory Tour to celebrate the 2015 FIFA Women’s World Cup championship.

Orlando City Soccer Club and the City of Orlando, with the support of the Central Florida Sports Commission and Florida Citrus Sports, have partnered to host the World Cup champions as they face historic rivals and current sixth-ranked global soccer power Brazil on October 25. Kick-off is set for 3 p.m. ET.

Ticket will go on sale on Friday, August 21 at 10 a.m. ET through ussoccer.com and by phone at 1-800-745-3000. Groups of 20 or more can obtain an order form at ussoccer.com or call 312-528-1290. Ultimate Fan Tickets (special VIP packages that include a premium ticket, a custom-made official U.S. National Team jersey with name and number, VIP access to the field before and after the game, and other unique benefits) are also available exclusively through ussoccer.com. Tickets are also available at all Ticketmaster ticket centers (including most Walmart locations) as well as the Amway Center ticket office (open Monday-Friday 9 a.m. to 6 p.m.) [Note: Tickets are not sold at the Orlando Citrus Bowl except on the day of the event.]

“Central Florida continues to grow into an international hub for professional soccer and it’s a great honor for us to host the FIFA Women’s World Cup Champions with our partners,” said Orlando City Founder and President Phil Rawlins. “Considering the massive support for top-caliber soccer in Central Florida, we will continue evaluating all opportunities to bring the highest levels of the sport to the market.”

The U.S. team has a long history in Orlando, which was the training base for the U.S. team for the 1995 and 1999 Women’s World Cups and the 1996 Olympics. The USA played two matches at the Citrus Bowl during the 1996 Olympics. In November 2013, in front of 20,274 fans at the Orlando Citrus Bowl, the USA defeated Brazil 4-1 in the last friendly that year with two memorable goals from Sydney Leroux and a penalty kick from Abby Wambach. At the time, it was the largest crowd to see the USWNT in a stand-alone friendly in the southeast, as well as the highest attended home match for the women’s team of that year.

In late June, an international friendly between Mexico and Costa Rica took place at the Orlando Citrus Bowl – marking the Mexican team’s first visit to Orlando since the 1994 World Cup. Over 54,000 supporters attended that event. It is anticipated that Central Florida will once again show their support for the reigning Women’s World Cup champions on October 25.

“We are proud to continue giving our community the soccer it craves,” said Mayor of Orlando Buddy Dyer. “It’s very evident that the soccer legacy has grown exponentially over the years, and opportunities like this one with the U.S. Women’s National Team will only strengthen Central Florida’s prominence on the global soccer scene.”

“We’re so excited that the world-champion U.S. Women’s Soccer team and their Brazilian counterparts are coming to Central Florida,” said Orange County Mayor Teresa Jacobs. “The physical fitness and capabilities of these athletes is simply remarkable, and their commitment to teamwork sets a wonderful example for us all – especially for our young people. It’s such an honor to have been selected as the location as part of their Victory Tour. I can’t wait to help fill the Citrus Bowl on October 25th for these world-class athletes.”

Orlando City boasts one of the nation’s most competitive girl’s youth clubs featuring high-performing teams in the prestigious Elite Clubs National League (ECNL)—the highest level of play for girls in the United States. Orlando City’s U-14 girls’ team won the Florida Premier League title, while the U16 girls’ qualified for the ECNL Champions League National Finals. 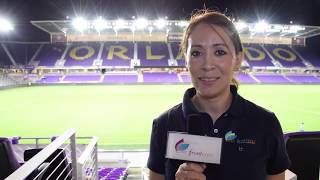 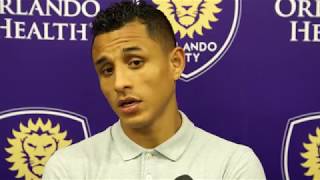 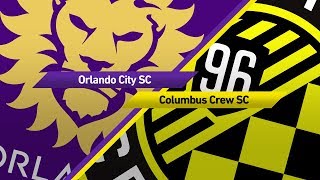 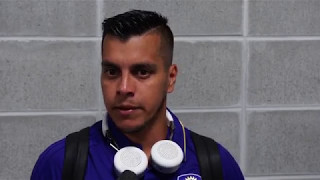 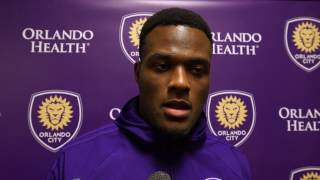 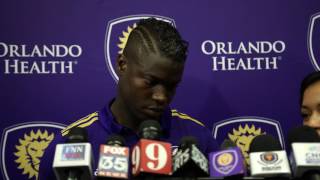 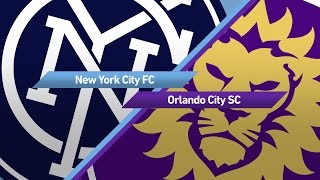